"Basis of All Good things"

You are here:
Alfalfa is a unique flowering plant fr om the pea family. It contains biologically active substances that improve overall health, stimulate the immune system, boost vitality, improve digestion, have a detoxifying effect and protect form dental caries.
The alfalfa plant is most widely used in Chinese medicine, where it is called “the basis of all good things”. It was so popular in the ancient Middle East that Arabs have long called alfalfa the “Father of all foods”.
The name alfalfa is used in North America. The name lucerne is the more commonly used name in the United Kingdom, South Africa, Australia, and New Zealand. 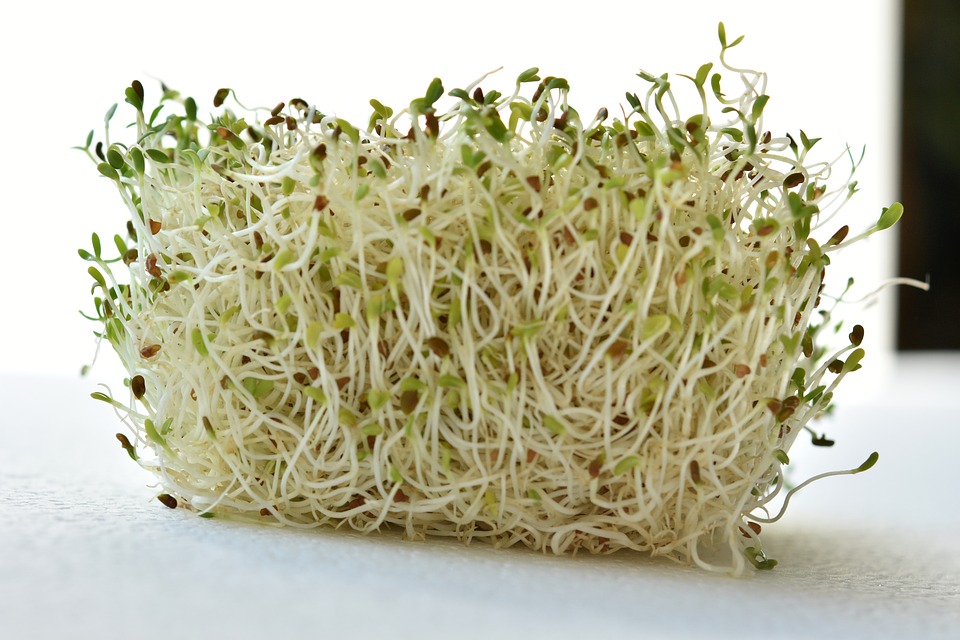 Alfalfa is rich in chlorophyll, carotene, protein, calcium and other minerals, vitamins in the B group, vitamin C, vitamin D, vitamin E, and vitamin K. The sun-dried hay of alfalfa has been found to be a source of vitamin D, containing 48 ng/g (1920 IU/kg) vitamin D2and 0.63 ng/g (25 IU/kg) vitamin D3.There is reference to vitamin D2 and vitamin D3 being found in the alfalfa shoot; this is awaiting verification.
The United States National Institutes of Health (US NIH) reports there is “Insufficient evidence to rate effectiveness [of alfalfa] for” the following: 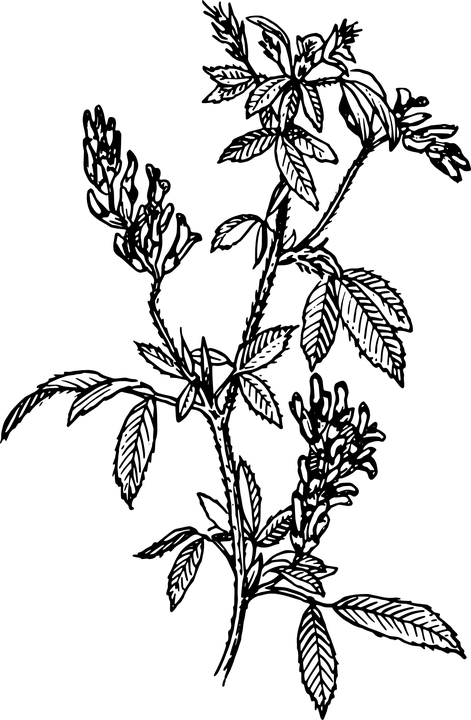 High cholesterol. Taking alfalfa seeds seems to lower total cholesterol and “bad” low-density lipoprotein (LDL) cholesterol in people with high cholesterol levels.Kidney problems.Bladder problems.Prostate problems.Asthma.Arthritis.Diabetes.Upset stomach.Other conditions.
Further, the US NIH has identified several safety concerns and medication interactions. US NIH summarizes:
Alfalfa leaves are POSSIBLY SAFE for most adults. However, taking alfalfa seeds long-term is LIKELY UNSAFE. Alfalfa seed products may cause reactions that are similar to the autoimmune disease called lupus erythematosus.
Alfalfa might also cause some people’s skin to become extra sensitive to the sun.
Alfalfa (Medicago sativa) is an upright branching perennial plant from the pea family. It is one of the oldest cultivated crops in history. The Latin name, Medicago, is derived from the Greek words, meaning “food of the Medes”, because it was believed to have come from the Medes’ land, which is now part of Iran. From its native area in South-West Asia, it has spread to all continents and countries.
The above-ground part of the plant, which is collected during flowering, is used for the manufacturing of the product. The unique composition of alfalfa is due to its well-developed root system, which extends 10-20 meters deep into the ground. This system of roots allows the plant to receive a high amount of moisture and nutrients from the soil.
Alfalfa is a plant source of several kinds of amino acids, vitamins A, B group, E, K, minerals (such as calcium, iron, potassium, and magnesium), chlorophyll, saponins, anthocyanins, flavonoids, and isoflavones. This plant is also one of the few that contains vitamin D and fluoride.
In folk medicine, it is considered a plant that cleans the blood from toxins. In Tibetan medicine, it is prescribed as an anti-inflammatory agent. Alfalfa has long been used in herbal combinations to promote the recovery, cleansing, and rejuvenation of the human body. 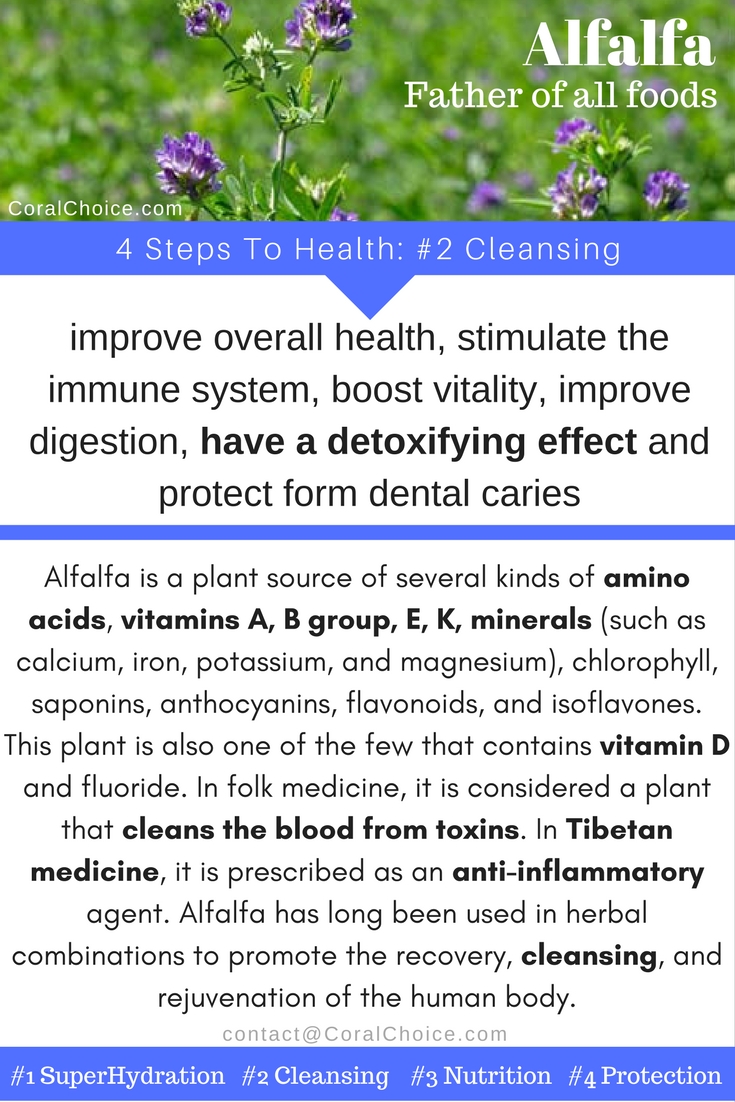 The Alfalfa herb helps:
to improve overall health and boost vitality;to carry away waste and toxins;to improve digestion and normalize the functioning of the gastrointestinal tract;to lower cholesterol levels;women, who are going through menopause;to protect tooth enamel and prevent dental caries.
Sources:
Wikipedia
Coralorder
Please follow and like us: